2. Better Not Call Her Hillary

3. Better Not Use These Words to Describe Hillary

4. Arab Nation Donations to Clinton Way Beyond Other Charities

6. Russians Hacked the White House, After Hacking the State Department

What’s the likelihood that Hillary’s private email server was hacked first (experts believe high chance that it was hacked), providing Russia access to the State Department, and from there, the White House???

9. Gov Scott Walker Honors Veterans in Speech to the NRA 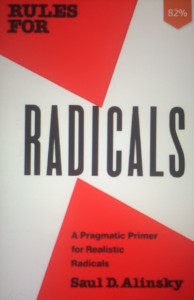 Iran’s chief negotiator, Foreign Minister Javad Zarif, says that Obama is lying about the details of the nuclear agreement.  Not surprising.  When you get in bed with snakes, don’t be surprised if you get bit!  If true, it proves how bad the deal is, that the White House is to embarrassed about its details to let them come out.  If Zarif is lying himself, it says all that we need to know about Iran’s intent to uphold their end of the agreement.  If they don’t agree as to the manner of the negotiations minutes after the meeting let out , imagine the confusion 2, 4 or 10 years from now!